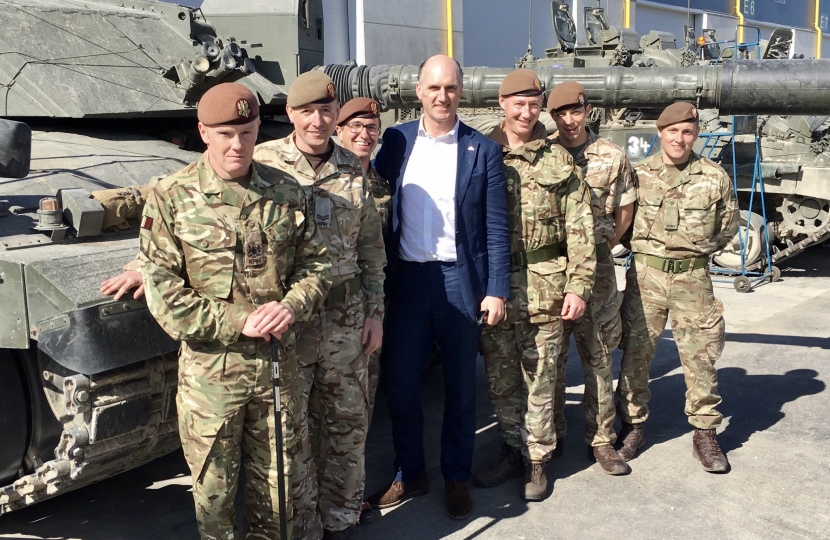 Rushmoor Conservatives are delighted to confirm that local MP, Leo Docherty has today accepted - at the invitation of the Prime Minister - an appointment as Minister for Defence People and Veterans

“Leo has always been a strong and tireless campaigner for the interests of Veterans, Armed Forces Personnel and their families. He is already doing extensive work supporting a number of local people across the Aldershot Constituency, and we are confident that he will be a great success in his new role.”

“This is also great news for our community - giving local Armed Forces Families and Veterans a strong voice at the highest levels of Government.”

"As a former captain of the Scots Guards, and MP for Aldershot - Home of the British Army - I am honoured to have been asked to take up the role of Minister for Defence People and Veterans.

"I am committed to working tirelessly to continue this Government’s work to make the UK the best place anywhere in the world to be a veteran or serving member of our Armed Forces - helping our nation fulfil its lifelong duty to those who serve Queen and country."

"This work continued yesterday with the latest stage of the Overseas Operations Bill. A bill that provides greater legal protections to our armed forces personnel and veterans serving on military operations overseas and will help to reduce the uncertainty they face. It also looks to the future, providing a better legal framework for any future overseas conflicts, and recognising the unique burden and pressures placed on our personnel."

"This appointment is an enormous privilege, and I look forward to doing my utmost to champion our veterans and service personnel at the heart of Government."