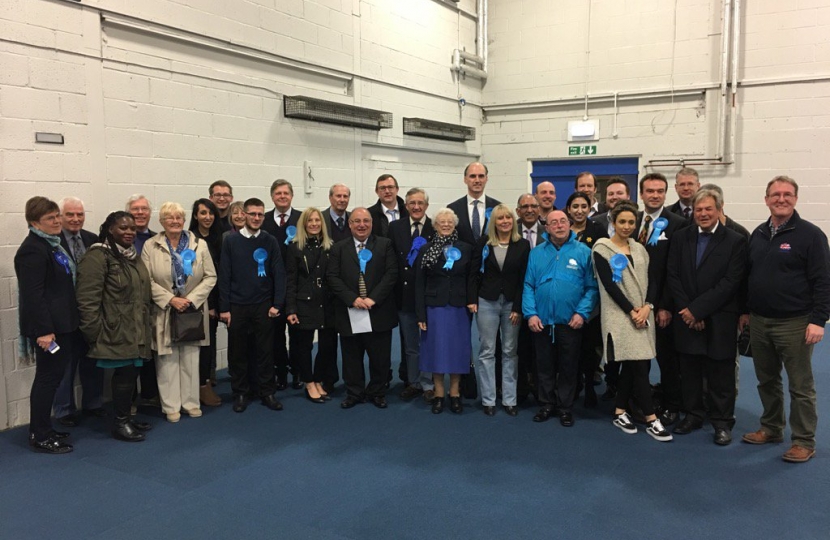 All five seats up for election, three in Farnborough and two in Aldershot, were won by local Conservative candidates. Lt. Col (Retd) Bill Withers earned the most impressive result of the night taking Aldershot South from Labour by just three votes! Across the Borough in Farnborough, Rod Cooper gained Farnborough West off UKIP with a new majority of over 1,000 votes.

Congratulations to Bill and Rod, as well as to Roland Dibbs (Farnborough South), Roz Chadd (Farnborough North), and Charles Choudhary (Aldershot North) who also had well-deserved wins across Rushmoor.

There was also a by-election for Rushmoor Borough Council due to former Leader Peter Moyle stepping down. Congratulations to Jonathan Canty, our newly-elected Councillor for St John's ward in Farnborough.