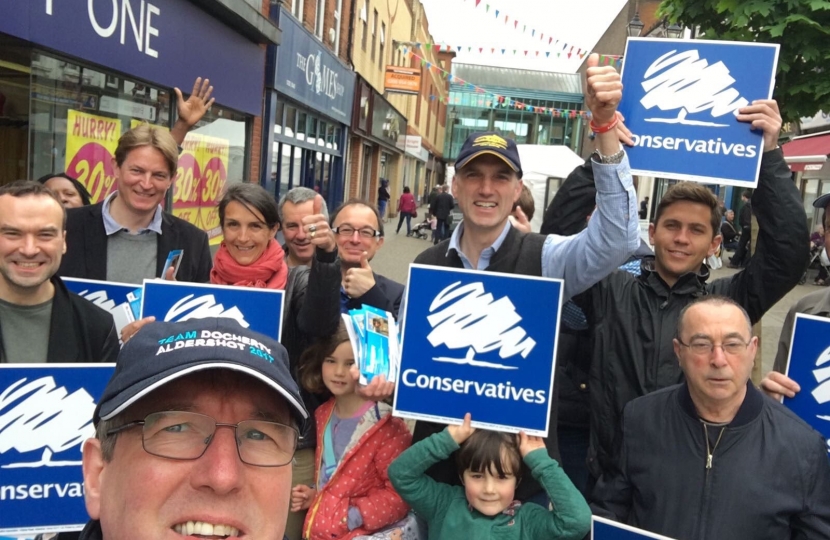 Leo said: "It is a great honour to have been elected as Member of Parliament for Aldershot, and it is a privilege to represent every member of the constituency. I very much look forward to getting started!"

Thank you, on behalf of Aldershot and North Hampshire Conservatives, to all of our volunteers who worked tirelessly throughout the campaign by knocking doors, delivering leaflets, stuffing letters and generally supporters our efforts.

You can find the full result of the election on the Rushmoor website, here.

If you would like find out more about about how to get involved with our campaigning locally, don't hesitate to get in touch: office@aldershotconservatives.com.