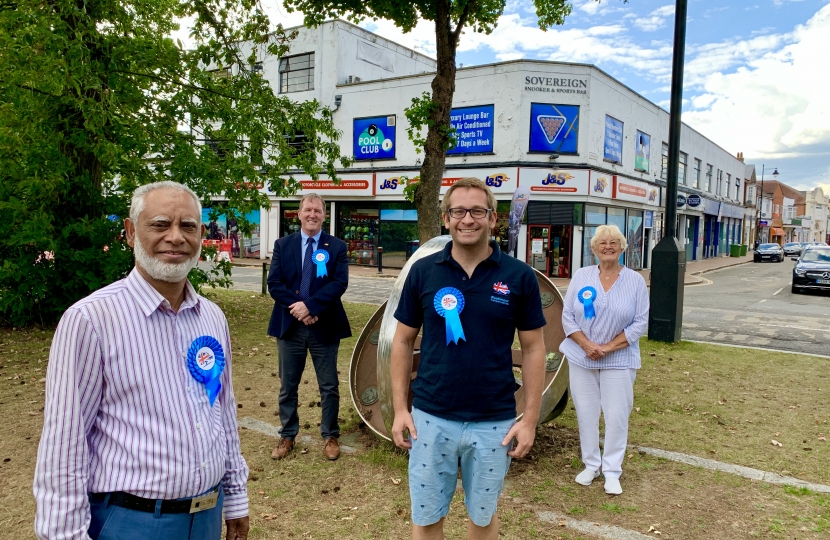 Cllr Abul Chowdhury has issued a dramatic call for more honesty, positivity, and good faith in a public statement marking his decision to join the Conservative Party and step down from the Liberal Democrat group.

Cllr Chowdhury was Rushmoor's longest serving current Liberal Democrat councillor and had been a party member for 27 years. Respected as a strong community voice in North Camp, he spearheaded the Lib Dem revival in Rushmoor but is now calling on people to follow his lead and put their efforts behind the "positive vision" of the local Conservative Group.

In an open letter to the Leader of Rushmoor Borough Council, Cllr. David Clifford, Cllr. Chowdhury praised the "great progress and achievements" of Conservative-led Rushmoor in regenerating our town centres, improving local services, supporting local businesses, and in making our area a greener and more pleasant place to live.

He also praised the positivity, good faith, honesty and integrity of the Conservative Party.

This represents the first defection of a councillor in Rushmoor in ten years, and is thought to be only the second Lib Dem defection to the Conservative Party since the General Election - and the first in the South of England.

Cllr. Abul Chowdhury said: "We should all be putting the interests of residents first, pursuing a positive vision for the future of our borough and looking to conduct ourselves in an honest, faithful and constructive manner.

"It is clear to me that there is only one party in Rushmoor which is prepared to do this - the Conservatives.

"I have applied to join the Conservative Group and would be honoured to support them in the great work they are undertaking for our borough - just as I know they will support me as I seek to represent the people of St Mark's."

"I know there are many others struggling as I was and I hope they see this as an example to follow and will join me in working for the good of our all residents in the Conservative Party."

Cllr David Clifford said: "Abul has a heart to serve. He wants to do what is right for his residents and to make their lives better - he'll fit in extremely well in our group."

"We are a party open to all good and honest people with a desire to make our borough a better place to live."

"We have exciting plans for the year ahead and are already achieving so much - Abul has chosen a great time to join us."

"I'm delighted that he'll now be able to do what he has always wanted to do and to serve the people of St Mark's without interference and to put the people ahead of party. He'll be a big asset to our amazing team."

Cllr. Chowdhury's decision, as Rushmoor's senior Lib Dem councillor, to join the Conservative Party will result in the downgrading of the Lib Dem at Rushmoor - who no longer qualify as a party group and will be left with just a single councillor.