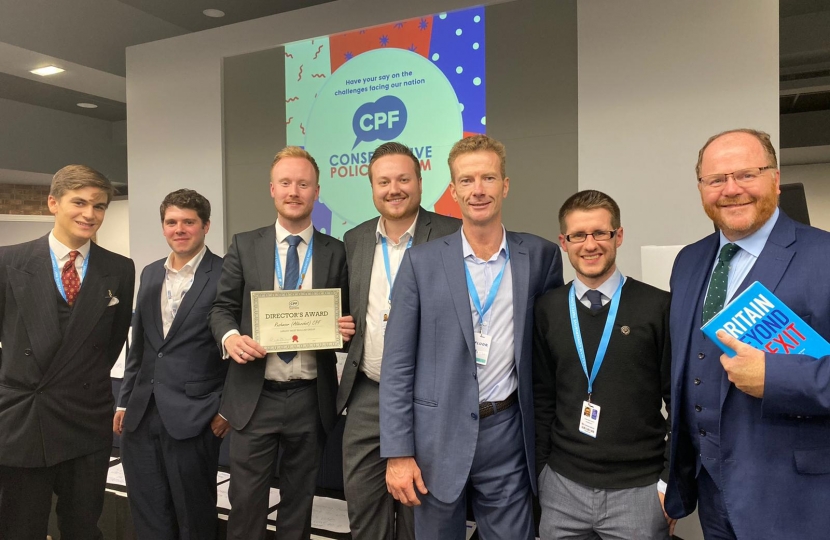 Aldershot CPF were delighted to receive a surprise award this week at the Conservative Party Conference in Manchester. Coordinator Leon Hargreaves was presented with the Director's Award for 'Largest Most Regular Group' at the CPF Annual Conference Drinks Reception. Aldershot CPF received the award for recording the largest average turnout at its CPF discussions, of all 300 groups nationally, in recent months - and had successfully responded to all papers since the 2017 General Election.

Congratulation to Leon and Cllr. Jonathan Canty, and to former CPF Coordinator (now Association Chairman) Gareth Lyon, for their tireless work in making CPF such a success locally.

Transport Secretary Grant Shapps on building a railway fit for the future.