Aldershot Constituency has a total electorate of approximately 73,000, a population of around 105,000, and comprises the towns of Aldershot, Farnborough, and Blackwater, as well as the village of Hawley.

Conservative MP Leo Docherty has represented the constituency as Member of Parliament since June 2017, having been re-elected in December 2019 with a majority 16,698 and 58.4% of the vote.

You can find out more about Leo, and his work as our local MP, on his website.

13 wards of Rushmoor Borough Council, as well as the Blackwater and Hawley and (part of) Yateley East wards of Hart District Council, are contained within the constituency - with the vast majority represented by local Conservatives:

6 full or part divisions of Hampshire County Council are contained within the constituency - again with the vast majority represented by local Conservatives: 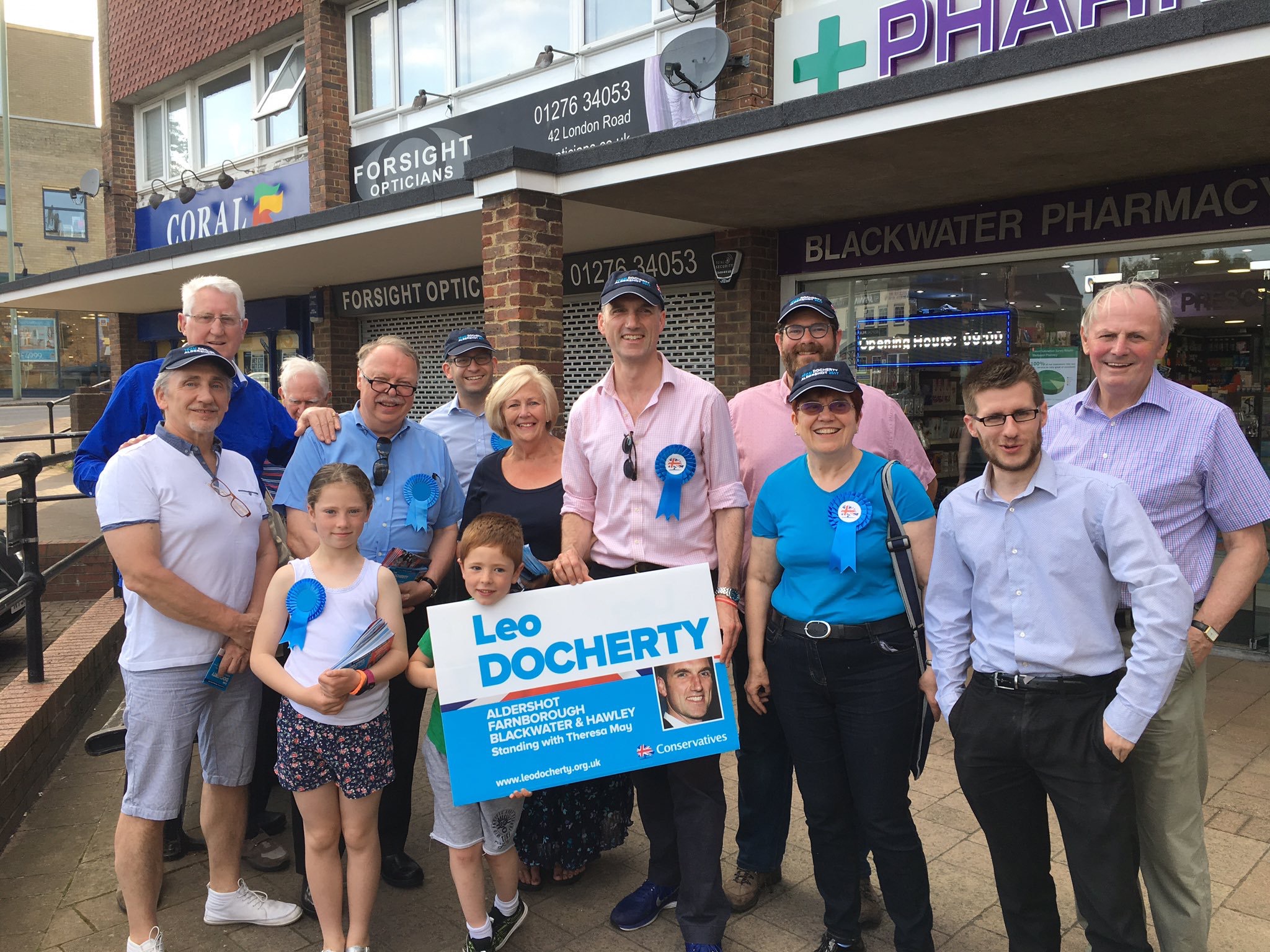